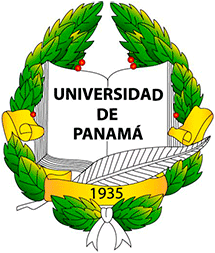 Abstract: We report the predation of two species of rodents of the Muridae family (Rattus norvergicus and Mus musculus), one specimen of Columbina talpacoti (Aves: Columbiforme) and a crustacean Leptuca sp by females of Quiscalus mexicanus in Panama. One observation was made in 2008, and four in 2020 in Panama City. This report seeks to promote research on the changes that Q. mexicanus makes in its diet depending on the availability of nutritional resources and thus expand the knowledge about its food sources.

The species Quiscalus mexicanus (Passeriformes: Icteridae) is an organism strongly associated with anthropogenic places, a highly efficient way of tracking food in urban landscapes. They have sexual dimorphism, males are blue-black, and females are brown with long tails (Christensen 2000, Wehtje 2003, Beedy & Pandolfino 2013). This species is native to Central America and northern South America; however, it is distributed throughout the American continent from Canada to Peru and in some islands of the Caribbean, its affinity for human communities has led it to be a tolerant and adaptable organism (AOU 1998, Christensen 2000, Wehtje 2003, Gurrola-Hidalgo et al. 2009).

In their diet, a variety of foods are known such as fruits, grains, invertebrates such as those found dead on car hoods (Grabrucker & Grabrucker 2010), crabs (Leptuca beebei) to small vertebrates. Table 2 provides a reported list of vertebrate preys of Q. mexicanus. About predation on rodents, there are only two observational studies. Johnson & Peer (2001) reported for the first time the predation of M. musculus and R. norvegicus by these birds in North America and Pitts (2020) who describes how a Q. mexicanus tried to capture a Peromyscus maniculatus in Texas.

Studies related to the predation and feeding mode of birds contribute information on behavior in foraging areas, type of food, and different ecological aspects (Montevecchi 1993, Gill 1995, Barrett et al. 2007, Karnovsky et al. 2012). Different techniques are used to acquire information without disturbing the behavior of birds, such as the use of telescopes and photographs (Leary 2004, Larson & Craig 2006). Here we report the predation of Mus musculus and Rattus norvegicus (Rodentia: Muridae), Columbina talpacoti (Aves; Columbiformes) and a crustacean of the genus Leptuca sp by females of Q. mexicanus (Table 1.) to expand the knowledge about its diet and promote research on the changes that Q. mexicanus makes in its diet depending on the availability of nutritional resources.

Observations reported here were not planned, they just occurred by chance in different dates and localities of the province of Panama as reported in Table 1. A Panasonic camera, model Lumix DMC-FZ8 and a Sony camera, model ILCE-7RM2 v4.0. were employed to take pictures and support this report. Observations were made between 7:00 and 13:00 h. Each predation event was observed only one time.

Both preys of Muridae were predated using similar strategies. Males and females of Q. mexicanus were observed watching the rodents from a power line but only females flied quickly over them, captured the prey, and pecked them to death. The preys were taken by the neck and strangled breaking their cervical vertebrae. This coincides with the data from Cupul-Magaña et al (2018). The specimen of C. talpacoti was captured by a female of Q. mexicanus while it was feeding on the ground, it was pecked on its head until died then parts of its body were ripped open and used for food. A female Q. mexicanus was photographed while it was carrying in its peak a specimen of Leptuca sp. Probably this common crab was captured while was out of its burrow. These reports on food resources of Q. mexicanus provide information of the role of Q. mexicanus in the community, food web and productivity of their foraging areas, as well as their nutritional requirements for survival and reproduction (Karnovsky et al. 2012).

Despite Q. mexicanus is a successful species shown by its wide distribution through the American Continent, studies on its behavior and biology are limited. In its diet are included invertebrates and vertebrates as well as grain and fruits. Table 2 provide information on vertebrate species reported in the literature. Vertebrate’s preys are mostly represented by lizards followed by two species of birds and rodents (Sibley, 2001; Gurrola-Hidalgo et al. 2009). Unfortunately, there are not reports available on the invertebrate species of its diet.

The two species of rodents reported here are abundant in the city of Panama, especially in areas where household garbage accumulates, so they can be a food resource that is easily accessible and available all year round. Q. mexicanus finds in these garbage accumulations not only rodents and other vertebrates that supply their protein requirements but also a great diversity of discarded human food.

This report provides information on the food resource of Q. mexicanus in Panama and highlight how anthropogenic factors such as garbage accumulation becomes a source of food for them. In this way, we can state that these birds are beneficial as natural controllers for human disease vectors such as rodents. Since Q. mexicanus is still expanding its geographical distribution (Johnson and Peer 2001), future studies are necessary to provide a more complete list of vertebrate and invertebrate preys. In addition, it is necessary to determine what environmental or biological factors are involved in their prey selection as well as their impact on the structure of the local rodent population and other vertebrates such as reptiles and birds. The feeding habits of numerous species of neotropical birds have been poorly documented, and this is one of the first records of Q. mexicanus predation in Panama. The relevance of this report lies in the information it presents on the feeding behavior and food resources of Q. mexicanus in the city of Panama. Perhaps humans must start to consider Q. mexicanus as a potential ally in the control of vectors such as rodents and not as a nuisance.

The authors thank the two reviewers, Dr. Daniel Cruz-Saénz and Dr. David Lazcano for their valuable comments that enriched this work.

Christensen, AF (2000) The fifteenth- and twentieth-century colonization of the Basin of Mexico by the Great-tailed Grackle (Quiscalus mexicanus). Global Ecology and Biogeography 9:415-420.

Pitts, RM (2020). Note of the attempted preadation of an adult deer mouse (Peromyscus maniculatus) BY A GREAT-TAILED GRACKLE (Quiscalus mexicanus). Transactions of the Missouri Academy of Science 48: 4-4.