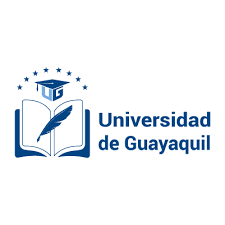 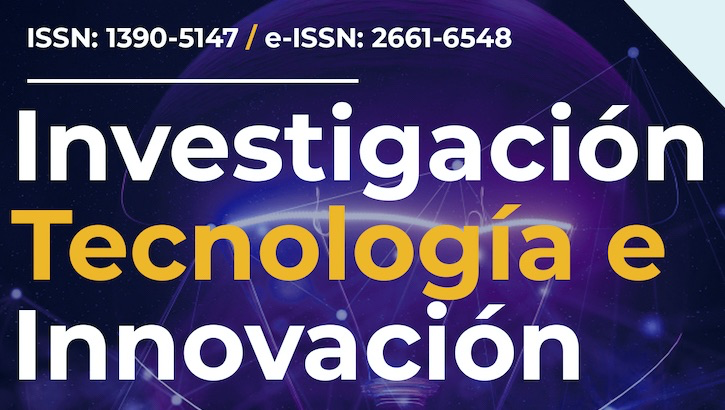 Belief in fake news and prevention behaviors of COVID-19: moderating effect of Belief in a Just World

This work is licensed under Creative Commons Attribution-NonCommercial-NoDerivs 4.0 International.

Abstract: Context: Hygiene and social distancing were recommended as strategies to mitigate the proliferation of COVID-19 early in the pandemic. Despite their importance, many people resisted implementing such strategies. In this sense, it is important to understand social and psychological processes underlying people's prevention behaviors regarding COVID-19. Method: This research aimed to assess the influence of fake news (FN) and belief in a just world (BJW) on prevention behaviors for the COVID-19. 198 participants indicated the extent to which they believed in FN about COVID-19, answered questions about their hygienic behavior and social distancing, completed the personal BJW scale, and answered a sociodemographic questionnaire. The results indicated that believing in FN was associated with fewer hygienic behaviors [β=-0,17, t(195)=-2,44, p=0,016] and less social distancing [β=-0,16, t(195)=-2,28, p=0,024]. Personal BJW moderated the effects of FN on social distancing [β=0,16, t(194)=2,21, p=0,028]. Results: These results show the impact of FN on prevention behaviors during the pandemic and illustrate the role of BJW on this relationship. Conclusions: It was concluded that it is essential to inform the population by trustworthy sources of knowledge and that public figures only disseminate scientifically accurate information. Although BJW may mitigate the negative impact of misinformation, the reduction of fake news and its impact is of utmost importance for public health during a pandemic.

In March of 2020, the World Health Organization (WHO) declared the novel coronavirus (COVID-19) outbreak a pandemic. The first cases were identified in Wuhan, China (Lipsitch, Swerdlow, & Finelli, 2020) and then spread to most of the countries in the world. The estimated mortality rate using data from China is 2.3% while 19% of cases are severe or critical (Wu & McGoogan, 2020). Among the recommendations to contain the pandemic, social distancing (i.e., staying at home when possible and avoiding proximity to others) (Hellewell et al., 2020) and hygiene care have been the practices most emphasized by public health officials since the beginning of the pandemic. Due to the importance of the entire population following these recommendations, it is imperative that psychologists develop an understanding of the social and psychological processes underlying people’s prevention behaviors regarding COVID-19 (Bavel et al., 2020). The present research aimed to assess the influence of false beliefs about COVID-19 (often perpetuated via fake news) and belief in a just world (BJW) on prevention behaviors for COVID-19 in Brazil. We believe the Brazilian context is relevant to this research line due to widely circulated fake news regarding the pandemic. For instance, the president of Brazil made public comments minimizing the effects of the disease (The Lancet, 2020). Therefore, Brazil may be in a cultural context that is especially relevant to understand the relationship between false beliefs and prevention behaviors for COVID-19.

Although the impact of fake news is amply discussed in political fields (Allcott & Gentzkow, 2017; Spohr, 2017), they are also a relevant problem to public health research. For example, a study conducted in Poland found that 40% of the most widely shared news articles on common diseases were fake news (Waszak, Kasprzycka-Waszak, & Kubanek, 2018). Because news outlets have a fundamental role in informing the population regarding public health issues such as a pandemic (Thomas et al., 2018), the circulation of misinformation is a severe roadblock for promoting healthy behaviors. In the case of COVID-19, social distancing (Hellewell et al., 2020) and hygiene care have been recommended as desirable behaviors for managing the pandemic. While these seem to be simple measures to implement, social distancing has practical and psychological repercussions which make it harder to be widely adopted (Brooks et al., 2020).

It is noteworthy that the dissemination of fake news during the pandemic was recurrent in Brazil (Almondes et al., 2021), and that the endorsement of fake news was related to political preferences. Specifically, supporters of President Jair Bolsonaro knew significantly less about the coronavirus (Gramacho, Turgeon, Kennedy, Stabile, & Mundim, 2021). Therefore, fake news such as what has been shared with the Brazilian population via official outlets can reduce the likelihood that people will enact preventive measures. Thus, we hypothesized that a stronger endorsement of false beliefs perpetuated via fake news regarding COVID-19 would be negatively associated with prevention behaviors. In addition to that direct association, we also believe certain social psychological variables may interfere in the effect of fake news.

Belief in a Just World

According to the just world theory (Lerner, 1980), individuals possess (conscious or unconscious) (Modesto & Pilati, 2015) the belief that people get what they deserve and deserve what they get. Multiple studies (Bartholomaeus & Strelan, 2019) have shown that there are two dimensions to this belief: the personal dimension (a self-referring evaluation about justice: “do I get what I deserve?”) and the global dimension (an evaluation about justice regarding other people and the world in general: “do people get what they deserve?”). One of the effects of BJW is that it promotes a greater commitment to long-term goals, such as the goal of upkeeping one’s health. For example, BJW is a protective factor for mental health of individuals in emergency or calamitous situations (Xie, Liu, & Gan, 2011). Furthermore, BJW is associated with exercising for individuals with weight bias (Pearl & Dovidio, 2015). Therefore, if an individual highly endorses BJW, we believe it is more likely that they will adhere to the recommended prevention behaviors during the COVID-19 pandemic, which should result in a moderating effect of the association between belief in fake news and prevention behaviors.

The present research aimed to test two hypotheses. The first one was that believing in fake news would be associated with less frequent prevention behaviors for COVID-19. Secondly, we hypothesized that the association between fake-news belief and prevention behaviors would be moderated by BJW such that there would be a weaker association for those with higher BJW levels. The moderation model can be visualized in Figure 1.

We believe that the present research has some contributions. On one hand, it will allow us to present evidence of the role of fake news in the prevention behaviors of COVID-19 at an early moment of the pandemic in Brazil (a country with a high number of cases and deaths). Presenting evidence of this relationship is necessary because of the dissemination of fake news about COVID-19 in Brazil (Almondes et al., 2021).

On the other hand, we will test the role of BJW as a health-protective psychological mechanism, as we hypothesize that BJW will reduce the effects of Fake News in the prevention behaviors. As far as we found in the literature, this moderation effect has not been previously tested, highlighting an important contribution of the present research.

One hundred and nighty-eight individuals participated in the study. This provided us with a statistical power of 85% to detect a medium-to-small effect (r = .21). The participants’ ages varied from 18 to 70 years (M = 35.07; SD = 12.86) and most were female (69.7%). Education levels varied from elementary school (1%) to post-graduate level (45%). Therefore, the sample had high education levels considering the Brazilian population. The sample was composed of individuals from 14 different states in Brazil (which has 27 states), most came from Bahia (36.9%) and Distrito Federal (24.7%). Only one participant reported having themselves or a close family member been diagnosed with COVID-19.

Belief in fake news: We used seven false statements drawn from different news sources regarding COVID-19 in Brazil (e.g. vinegar is effective to prevent against the coronavirus). Participants indicated on a 1 to 5 scale how much they agreed with each statement (α = .71).

Prevention behaviors: To assess prevention behaviors, items describing eight different behaviors were created. The items were separated into two dimensions: I) hygiene (5 items, α = .66; e.g. handwashing; sanitizing one’s hand with alcohol, etc.) and II) social distancing (3 items reverse coded, α = .62; e.g. going out for leisure to places with other individuals, like bars or shopping centers). The participants indicated on a 1 (not at all frequent) to 5 (totally frequently) how often they engaged in each behavior during the last week.

The survey was released on different social media, and data collection was done entirely online, according to social distancing recommendations. After given their consent, participants first completed the BJW scale, then the items measuring belief in fake news, and lastly the prevention-behaviors measure. Data collection began on March 21st, 2020 (24 days after the first case of COVID-19 was confirmed in the country) and ended after 3 days. The stages of the research can be seen in Figure 2.

To test the study’s hypotheses, linear stepwise regressions were conducted. As recommended (Aiken & Stephen, 1991), the BJW and fake news scores were centered and an interaction term was created to test for the moderation effect. In the first step of the regressions, centered BJW and fake news scores were entered. In the second step, the interaction term was added to the regression. The results can be seen in Table 1.

As can be seen in Table 1, belief in fake news had a negative association with both prevention behaviors. This result is consistent with our first hypothesis: the more people believed in the fake news, then less they practiced social distancing and hygiene behaviors. However, BJW was only a significant moderator for the association between fake news belief and social distancing such that those with high levels of BJW exhibited a weaker association, which provides partial support for our second hypothesis.

Our first hypothesis was corroborated. Believing in fake news was negatively associated with hygiene and social distancing behaviors. While our findings are cross-sectional, they are consistent with a causal effect of fake news on public health as discussed in previous work (Thomas et al., 2018; Waszak et al., 2018). The impact of fake news may be especially concerning in the context of the pandemic in Brazil given that fake news was publicized by the country’s president – a source of trustworthy information for much of the population. Furthermore, the effect was present in a largely educated sample, which increases concerns over the impact of misinformation.

In addition to a main effect of belief in fake news on prevention behaviors, we also found a significant moderating effect of BJW on the association between fake news and social distancing, which partially corroborated our second hypothesis. Although the moderation effect on hygiene behaviors was nonsignificant, it was directionally consistent with our hypothesis. These findings provide initial evidence for the role of BJW in the public’s response to emergency or calamitous situations (Xie et al., 2011) and its relation to health-promoting behaviors (Pearl & Dovidio, 2015). Specifically, BJW may be an important psychological variable to consider when faced with issues of misinformation, which is a recurring challenge currently.

The present research has some limitations. Although all stages of the research went as expected, we used a correlational method, which makes evidence of causal relationships between variables impossible. Further studies can manipulate BJW and test its effect in reducing the influence of fake news on health behaviors.

Despite the limitations, the present research shows the theoretical and practical contributions that social psychology can make in the current pandemic (Bavel et al., 2020). Fake news is an especially grave issue to overcome during a pandemic, as successful public health interventions require that most of the population agree on the facts concerning the disease and prevention behaviors. Therefore, it is essential that the population be informed by trustworthy sources of knowledge and that public figures only disseminate scientifically accurate information. Although BJW may mitigate the negative impact of misinformation, the reduction of fake news and its impact is of utmost importance for public health during a pandemic. It is important to mention that, as far as we know, this moderation effect of BJW in the relationship between fake news and health behaviors has not been previously tested, highlighting an important contribution of the present research.