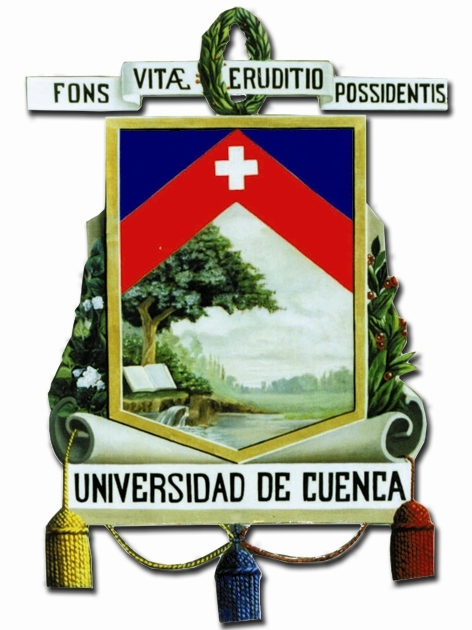 Are fears of an increase in casualization due to Covid-19 justified?

I am afraid that the answer to this question is YES. The impact of the pandemic on the economy will be tremendous. Just to give a small example, according to the Department of Labor and Employments of the Philippines (June 2020) went exactly 69,022 employees –from more than 2,000 establishments across the country– jobless. Unfortunately, this number does not include the small private businesses that went bankrupt as a consequence of the week-long lockdowns. And the same unfavorable picture holds for many countries. To illustrate the impact on the private sector, the second example is taken from Muskegon city in the U.S. state of Michigan, with a 2020 census population of 36,903, the 30th largest city in Michigan. The city is proud to have the largest beach in West Michigan, a city rich with history, a high level of services, recreational opportunities, and spectacular shoreline, and a low cost of living. However, due to Covid-19 the recreational-based economy collapsed and with the winter just at the corner the need for assistance is increasing rapidly, and at this very moment, the number of Muskegon County residents facing hunger has risen to 20.6%. The job loss that we witnessed so far has largely been temporarily, but permanent job loss is rising.

Will the education sector be immune from the financial debacle caused by Covid-19? The impact will be acute, universities in the United Kingdom, for example, has recognized serious financial challenges ahead and London Economics is indicating a potential sector-wide loss of tuition fees of 2.6 billion pounds next year. This will be hard for the private universities which mainly derive their income from registration fees and donations. However, the public universities will also be hit financially by Covid-19, since a lower-income at the national level will reduce the government’s funding. With further pressure likely to land on research funding from public, charitable, and commercial sources, universities, in general, will be facing significant financial challenges ahead. To offset drops in government funding higher education institutions might, as a measure of cost-saving, stagnate or even decline the number of full-time permanent positions, and shift to casual or contract positions. Switching a tenure position to a contractual appointment will be juridical difficult, probably not possible. But it is not unlikely, that when full-time professors retire, the vacancies will be filled with a casual or contract position. Thus, it is to be expected that in the coming years the number of tenure positions in higher education will drop.

A study conducted in 2015[1] showed that 40% of the academic staff at the University of Cuenca is tenure, varying between 20 (Faculty of Hospitality) and 65% (Faculty of Odontology). The remaining academic staff, on average 60% is casual or contracted, possessing a contract varying in duration from one to several semesters. It will be worthwhile following up in the near future how the ratio of tenure positions in the higher education system will evolve. A similar study in Australia highlights that 60% of the teaching staff in higher education institutions are contracted or casual, and the percent is increasing. It is estimated that the higher education sector in Australia is the third largest employer of casual staff, and it is expected that the budget cuts following the Covid-19 pandemic will further increase the fraction of casual academics. The main rationale behind the evolution from tenure to contractual academics is cost-saving and flexibility in managing staff. Similarly, contractual and part-time lecturers form a substantial chunk of the workforce in India’s higher education sector.

Casualization of academics in higher education is not new and is typical in this sector. The road to a tenure full-time academic position is traditionally long, given that after graduation often follows specialization and/or the conduct of a doctoral study, sometimes even followed by a postdoc. Due to the limited number of permanent positions the requirements to be appointed are high and involve possessing in addition to a Ph.D., a record of published research, the ability to attract grant funding, academic visibility, and teaching excellence. The positions prior to a tenure position are in general casual or by contract. Whereas a step-wise procedure from graduation to full-time tenure seems to be the most logic, in practice the contractual situation prior to the appointment might presents many disadvantages.

Contract and casual positions are often constrained by poor pay, uncertainty, and various forms of exploitation. The job is mostly focused on teaching, is part-time leaving little room for other activities such as specialization, research, or services in the context of the teaching assignment. Due to the uncertainty associated with the job, those in this position fail to fully identify themselves with the institution. Job insecurity is often associated with frustration and adverse work attitudes, affecting the teaching quality for which they are hired. Being in this position makes it not easy to participate in research, even if research in the institution is being undertaken, and get research papers published, a necessary requirement for climbing up the academic career ladder. The meager wages of part-time jobs have often other social impacts such as health, marriage, family, and other aspects, and whenever possible another part-time job is taken up outside of the teaching hours. It is evident that under those circumstances casualization negatively affects teaching quality, being generally the primary task of the part-time teaching academics. Their task is to impart knowledge to students, it is to equip the new generation with relevant skills in the open labor market, making the students upwardly mobile against the socio-economic challenges of the 21st century. Several studies have given evidence that the insecure working conditions of the casual and part-time contracted academics works against achieving

excellence in teaching. That not much is undertaken to improve the contractual situation of casual and part-time contracted lecturers is due to the fact that neither the academic institutions nor the lecturers concerned possess effective instruments to change the situation. The lecturers most likely agree with the insecure contract situation and working conditions because it is better than to be unemployed, while the institutions are likely restrained in offering tenure positions by budget restrictions and the fear of losing flexibility.

Casual and part-time teachers are an integral part of the higher education system and it is to be expected that Covid-19 will lead to an expansion of this workforce in the public and private universities. In fact, not all academic personnel at a higher education institute can be tenure, which is financially not feasible and probably not workable. To provide quality teaching for students’ learning experience and the formation of knowledgeable and skilled graduates who can meet the workforce needs of the future, institutions need a cohort of academic staff with different capacities and ranks, whereby full-time tenure professor is the highest rank, and instructors, teaching and research assistants, non-tenure-track positions, the lowest rank. The latter group, depending on the situation, might have the opportunity to pursue in parallel to the teaching job the doctoral degree and obtain the non-tenure position of lecturer.

The position of assistant professor is in many countries the usual entry-level rank for faculty on the tenure track. It is unthinkable that everyone starting at the lowest rank ends up as a full professor, only those that meet the professional criteria and win the competition when there is a vacancy will be appointed. Here, the quality of the selection committee is of great importance, they must possess the skills to select the most qualified and promising candidate for the vacant position. It is neither a shame nor a handicap not obtaining a tenure position after a given period of contract service, given the institution allows besides the job to qualify further professionally and in entrepreneurial skills. The conditions for making temporary contracts viable for the persons in question are that the duration of these contracts is limited in time, guarantees a reasonable income, and allows them to further develop their skills in preparation for a career in the public or private sector. The public and private sector to be able of coping with the challenges of the 21st century is more and more in need of Ph.D.-graduates with experience. It is unthinkable, offering for a long period, year after year, staff temporary contracts. This will not only harm the person in question but also the services the person will be offering to the institution. Institutions ought to have a clear and transparent personnel policy that stimulates the commitment of the tenure and non-tenure staff since a motivated and qualified staff is the first requisite to maintain and enhance the teaching and research performance of the university. When recruiting graduates, universities should provide candidates a clear picture of the job conditions and possibilities so that he/she during the contractual period of reasonable duration can prepare either for a career within or outside the institution.

Casual and contractual labor will exist forever in society and higher education, and rather increase than decrease. To assure that the non-tenure juniors in higher education produce inclusive and quality education and research it is essential that the institutions provide the working conditions so that those employees remain motivated. Whereas an annually renewable contract might be normal in the initial phase of an academic career when with time not integrated into the tenure academic community, it might be more beneficial for the person involved to move to the public or private sector.